Parasites: The epidemic that is here now.

In terms of numbers of people killed or harmed by a pathogen throughout the world, parasitic infections are arguably at the 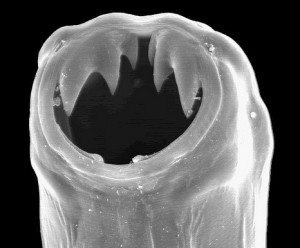 top of the list.  While many people, including health practitioners, tend to only think of parasites when a patient complains of persistent gastrointestinal complaints, the reality is that often times the parasites produce no obvious GI complaints.   Likewise, if an individual suffering from a chronic illness hasn’t traveled out of the country, the health care practitioner may further discount the probability that a parasite is causing the problems.  Due to my own challenges with parasites and their relationship with widespread fatigue and pain that I had, I have always acknowledged their likelihood in an individuals health complaint.  Having said that, a bad problem appears to be getting worse as the number of people dealing with parasites appears to be increasing based on what I have seen in patients so far in 2014.

What are some common symptoms of parasitic infections?

Additional signs and symptoms of children include: nose picking, scratching their bottom, or grinding their teeth at night.

The reality is that parasites can, and often do, go anywhere in the body.  If you have a body part, a parasite could go there, and the disruption in that tissues function could very well be caused by a parasite.

If parasites are so common, why don’t more doctors find them?

There are a couple reasons for this. 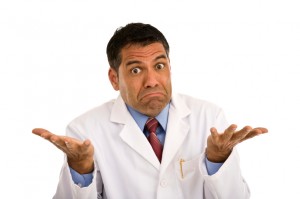 One, there seems to be a cultural bias in much of the western world that somehow parasites respect our nations borders and choose to stay where they’re more commonly recognized, such as Mexico.

Case in point, I recently had an obviously frustrated patient who had been diagnosed to have five different autoimmune conditions come in to see me that had been told by each previous doctor that she did not have a parasite problem, presumably because she hadn’t recently traveled out of the country.  Despite her persistence in requesting more testing, she was never humored by her doctors with a test.  Well, among other things, I found her to be riddled with the parasite strongyloides stercoralis and she’s finally making progress in getting well.

Two, testing for parasites is a very imprecise science filled with false negative results.  Even if the patient described above had been tested for parasites, there is a good chance that she would have been misled by the results of a false negative test.

The most common test for attempting to identify parasites is to run a stool test.  Studies show that under the best of conditions the gold standard stool analysis, USING THREE STOOL SAMPLES from one individual, some of the most common parasitic infections to enter the lab may only be correctly identified 60% of the time!(1)  In other words, stool tests fail to properly identify an intestinal parasite about half the time they’re tested when using the best testing conventional medicine currently offers.  In her book, “Healing the Symptoms Known As Autism“, Kerri Rivera reports how one mother took a worm that had passed from her son and included it in a sample that was sent to a lab, only to have the results come back as negative for parasites.  Likewise, I commonly work with a number of people who bring in lab work that has been run by very competent functional medical doctors, who are familiar parasites, only to find that they do indeed have parasites following a more thorough analysis.

When you consider that stool analysis is simply somebody looking for microscopic eggs or parts of worms intermixed with digested food (feces), it’s easy to understand why this is an imprecise science and art form.   Also, when you consider that many parasites choose tissues other than the gut to make as their primary residence within the body, you can also see why trying to detect their presence from the stool is such a poor indicator of parasitic infection.    If, for example, a parasite is living in the lungs or joints of the body, it may not spend enough time in the intestines to be found in a stool test.

While blood tests can offer some suggestive markers, such as antibodies or elevations of eosinophils, these are far from infallible as well.(2)   For this reason, I strongly believe that anybody suspecting a parasitic infection should seek out a skilled practitioner utilizing more than stool or standard blood work to investigate a hidden parasitic infection.

If you have pets, and you have a health problem, the odds go up that you’re dealing with parasites.  The rates of chronic illness are going up, and it stands to reason that undiagnosed parasites are a major contributor to that reality. (3)

These are a few reasons why I believe that is:

1)  More people are eating raw fish (sushi) in America than ever before, and raw fish is a notorious vector for parasitic infections.

2)  Increasing environmental toxicity, and increased consumption of genetically modified food (GMO’s) is decreasing immune system function in those who consume it, allowing for infections to persist when they otherwise wouldn’t. (4)

3)  More people have pets than ever before, and the popularity of dog parks and dogs or cats sleeping in the beds of people increases the transmission of parasites between pets and their owners.(5)

5) The most commonly used medications in the United States are acid reducers.  As strange as it may sound, most “acid stomachs” are not really acidic at all, they’re actually low in acid.  Both low and high acid stomachs produce similar symptoms.  The acid in the stomach serves several functions, and one of them is to neutralize pathogens from migrating further down into the intestinal tract.  Therefore, those dealing with low acid conditions may be more prone to parasitic infections.

The bottom line is that if you’re ill and the doctors don’t know why, and even if you’ve tested negative for parasites, you should consider the distinct possibility that parasites are your problem!