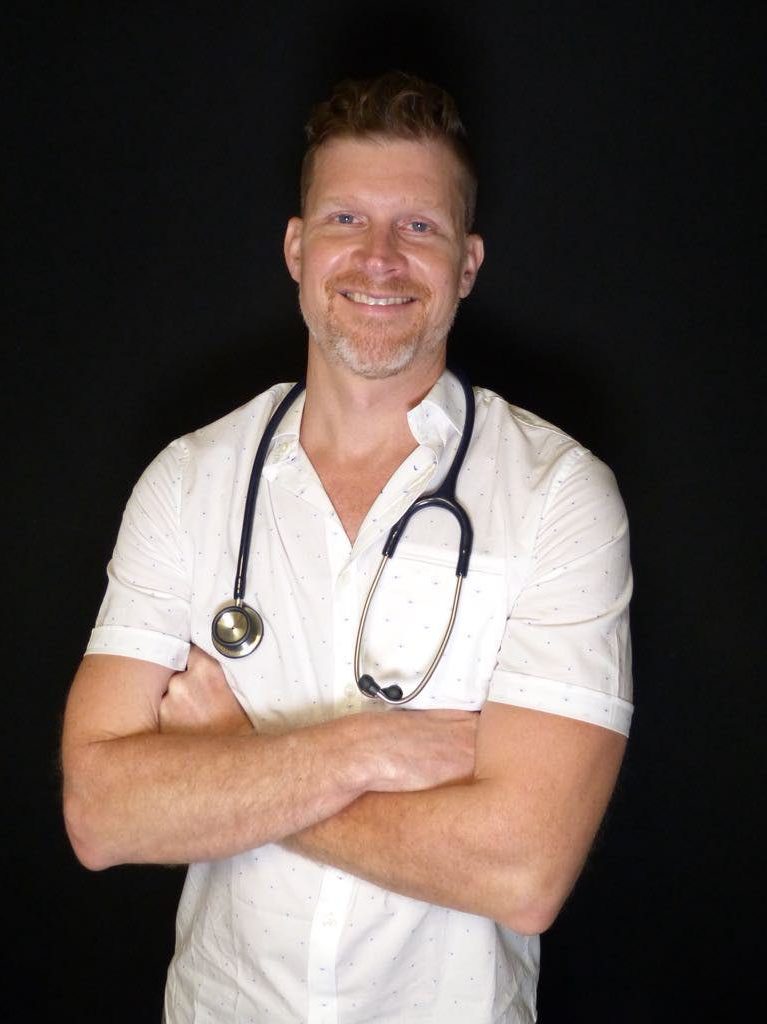 How my quest began
Like many alternative practitioners, I was driven into the field of natural and energetic medicine due to my own health challenges. As a teenager growing up in the Midwest I was active with athletics, but started to experience fatigue without any explanation. This fatigue gradually worsened through my undergraduate work at Illinois State, and began to accompany aches and pains that made me envision what 95 years old was like at the age of 21. Like anyone else, I explained my dilemma to several medical doctors, and was eventually directed through the HMO process of seeing a psychiatrist for depression. While I was certainly depressed, much of my depression was stemming from the fact that I was ill and nobody seemed to have any idea what was wrong with me. The standard blood tests and urinalysis revealed nothing. After trying paxil and Zoloft for a couple months, my intuition led me to give up on those drugs as they were clearly not solving my problems.

A new view of health
Upon graduating from Illinois State , I took a job working as an engineer at John Deere and struggled to make it through the days. I could literally sleep 10 hours and feel like I needed another 5. At no point in time was I ever out of shape. It was quite the opposite. I was working out frequently thinking that I just wasn’t in good enough shape. I had no idea about the function of adrenal glands and how I was rapidly depleting them, impairing an already weak immune system.

After about a year at John Deere, I found myself having a conversation with a friend of a friend attending Chiropractic College, and became intrigued at the thought of getting the body to heal itself and figuring out what was wrong with me. That conversation was a pivotal point in my life, as I doubt I would be alive today if I continued the path I was on then. Shortly thereafter, I enrolled at Logan College of Chiropractic. While attending Chiropractic College I encountered many chiropractic techniques, learning the chiropractic view of health.

I discovered that virtually every natural form of health care, including Traditional Chinese Medicine (TCM), homeopathy, Ayurveda, and naturopathy looked at health from a vitalistic viewpoint. Vitalism looks at the whole individual with regard to all health problems, not focusing simply on symptoms and their treatment. In essence vitalism looks for the cause and how various body components and systems work in harmony to maintain homeostasis or body function.

This made sense to me. Likewise, techniques known as Applied Kinesiology and Chiro + Plus Kinesiology very much embraced other aspects of health, in comparison to a straight structural approach, as does much of chiropractic.

Health challenges revealed
I was actually dealing with a significant toxic body burden, complicated by chronic infections including Epstein Barr Virus (EBV), parasites,  candida, and Borrellia (Lyme disease), complicated by adrenal exhaustion.  As I began looking into the genetic picture of my problem, I found that my genetic profile was actually very similar to many who are dealing with Autism.  In short, genetic mutations (MTHFR, GSTP1) set me up for being a relatively poor producer of the body’s most important detoxifying chemical, glutathione, which ultimately led to the seemingly complex neuro immuno endocrine disorder that I was dealing with.

My credentials:
BS from Illinois State University in Environmental Health
Doctorate of Chiropractic from Logan College of Chiropractic
Doctor of Pastoral Science and Medicine from Pastoral Medicine Association
Ordained Minister from Sacred Medical Order of the Church of Hope (SMOCH)